12 innocents to be remembered 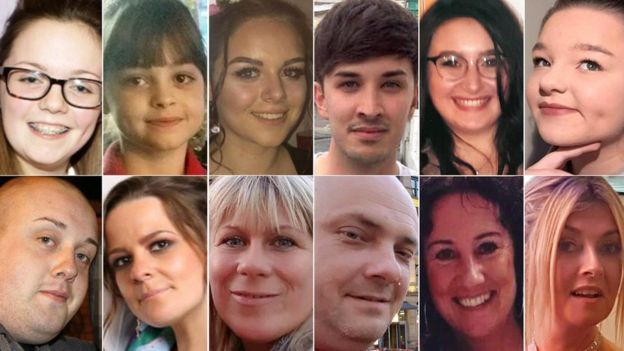 Even as the news cycle has moved on and we’re talking about other things, I’m still focused on the innocent young people who died in Manchester at the hands of a cowardly suicide bomber. Details of who they were, and the people who loved them are still being released. So here’s a photo of 12 of them. As of today, I think the death toll has reached 22 with at least 50 more seriously injured, some critically. Let’s make these people famous with our conversation rather than making infamous those that murdered them.