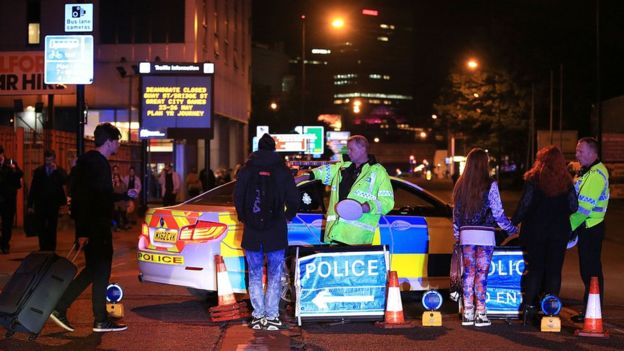 Really? An arena for 18,000 people in Manchester, mostly young people and children who like Ariana Grande (I’m too old to know who she is) and that’s where a terrorist decides to plant a bomb? With nails in it, apparently? The news footage is still coming in (I’m an avid fan of BBC.com in case you’ve not realized it yet) and the photos are dreadful, quite dreadful. 20 people confirmed dead, 50 injured, and those numbers are likely to rise as the hours go by. Sad, so very, very sad. I pray the Lord comforts those people, particularly those who have lost children. Having grown up in London, when the political “troubles” were going on with the IRA and bomb threats were a regular occurrence, I can tell you, this is no way for a civilized society to live. No way at all.