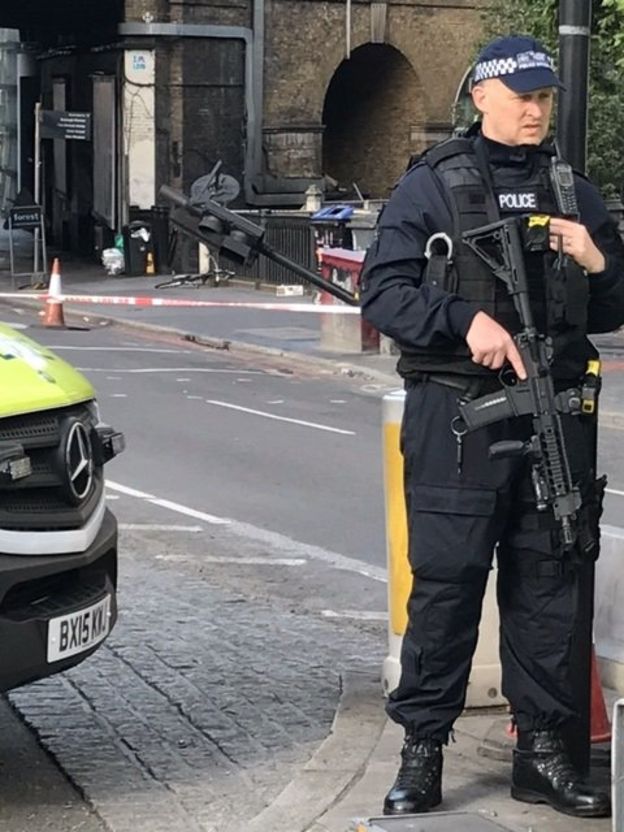 Another terrorist killing in Britain, this time in London, in places I’m familiar with. This one hits a little close to home, very close to my heart. It took 8 minutes for the police to shoot and kill (a strange 3 words to be even saying about London police who traditionally never carried guns when I grew up) the three cowards who decided to kill 7 people, leave 14 fighting for their lives in hospital and another 15 injured. It happened over the weekend, around 10 pm, while innocent people were out and about socializing and enjoying their lives. The tube stations (subway) are open again, people are returning to work, although many are rather hesitant to walk across London bridge, they’re doing it anyway. The London spirit is quietened, but defiant. The Mayor of London told us yesterday to expect the unusual sight of heavily armed officers on the streets today, but not to be alarmed, as it was necessary at this time. Kind of like “Keep calm and carry on” that is so popular on coffee mugs but was in fact designed for World War 2 when Londoners were under siege. An unusual sight indeed, even more so for those of us living in the US and now used to seeing police with guns. Thankful to hear that our President, and so many other world leaders are standing in support. #LondonUnited #TurntoLove #Sadbutdefiant