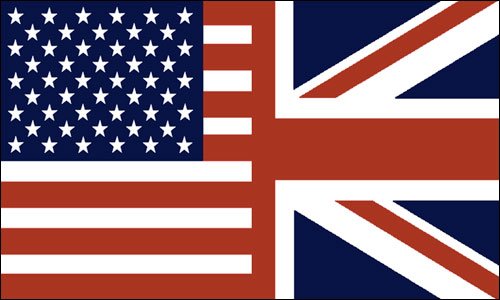 We used to visit Thom’s family in Michigan on the 4th of July. We’d eat all-American food, watch American fireworks and generally loll around for a few days enjoying the coolness of a Michigan summer before returning to the oppressive heat of Tallahassee.

His family always laughed at the fact that I’d deliberately deck myself out in British Union Jacks on that day. I’d wear my Union Jack t-shirt, my Union Jack shorts with my Union Jack socks. I didn’t have a Union Jack hat at that time, or I’d have worn that too. I looked quite ridiculous, in my over the top, tacky garb.

They’d spend the day poking at me about being British and I’d respond in kind. It was all good-natured, very loving, banter. At the end of the fireworks, Thom’s British wife and his French mother would stand with all the other Americans and immigrants and sing our national anthem. It was a beautiful time, not only in our family, but also in our country.

As an immigrant, my heart is always torn between these two countries. I am grateful that there is a “special relationship” forged decades ago, between Churchill and Eisenhower. I hope this continues for a very long time.

I no longer deck myself out in a foreign flag because a) I’m now a little too old to willingly make myself look ridiculous and b) it appears the climate in our country has changed towards immigrants and it doesn’t seem funny anymore. Although, I’m sure my Michigan in-laws would continue to speak in love with their anti-British jokes, I”m not sure that the general public would. This is such a sad state of affairs for the most free country in the world. And while it was never my intention to move to the US, (or that of my dear mother-in-law), we came, we settled in and became Americans. Her heart was also torn between her beloved France and her American life in Michigan.

I think it is the heart-issue of every non-born American, to feel American, AND French – or British – or Egyptian/Zulu etc. Sometimes it’s difficult to explain how you can love two countries. And obviously, at some point one needs to make a firm decision about one’s identity, and pick a country in which to make a home. I liken it to having 2 children, loving them both, but differently, from the same heart.

So on this Independence-from-the-British Day, (you do know that when I become President, this is what the 4th of July is going to be called, right?), eat lots of American food, watch American fireworks and sing our national anthem in unity with those around you who may not look like you, but love America too. Happy 4th!