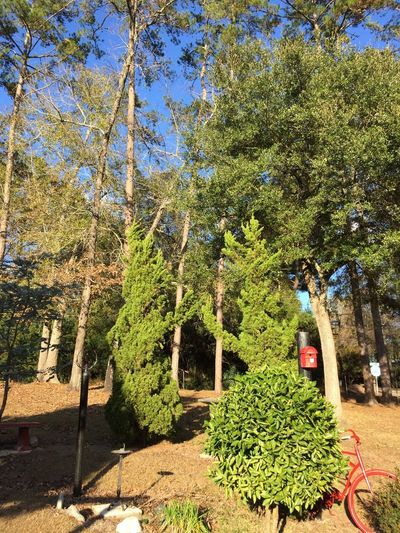 The first Wednesday in January, Tallahassee made international news (my beloved BBC!) with it’s one tenth of an inch of snowfall.

When it’s an unheard of event – snow in Florida – I imagine it would make international news. But for those of us that were inconvenienced by offices, schools, classes etc. being closed due to the terrible weather, it was much ado about nothing.

Although younger people and native Floridians that had never experienced snow loved it, the rest of us old curmudgeons that were raised in colder climes just grumbled about the traffic caused by inexperienced drivers driving too fast and skidding on the ice they had no clue was even there.

However, we’re now into the SECOND week in January. And what do we have? Well, of course, we have a beautiful 72 degrees! The windows are open, the sweaters have gone back onto the top shelf of the wardrobe and we’re feeling all Florida like, again.

Standing outside talking to one of our lovely guests, she commented that the trees in our little English Garden looked like they were holding hands. And lo and behold, I think she was correct, they were. I’m pretty sure Thom didn’t train them to do that, so we surmised that if we all held hands a bit more, the sun would surely come out and stay out.

Wouldn’t that be a lovely way to live? Do you think it would do anything to help climate change, arctic like conditions in the northern states and fires and mudslides out west? I doubt it, but it might make our daily lives a bit more tolerable (and turning off the vitriole blasting from some news networks would help too).

So do it. Hold hands with that someone that needs a touch, and see what happens!