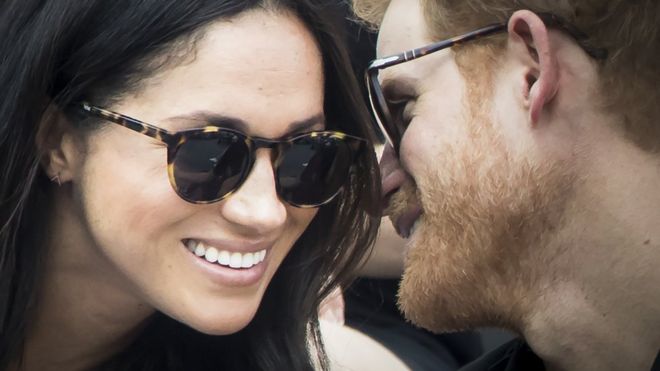 So the latest news for today is that Harry’s father, Prince Charles, will walk Meghan down the aisle tomorrow. Her father is apparently ill, and staying in Mexico City, where he resides. Her mother, will ride with her to the chapel, but not walk her down the aisle.

Apparently her mum will meet the Queen, Harry’s grandma, today, the day before the wedding. And none of her friends will be bridesmaids, and the cake will be lemon…Is that more than enough information for you?

It’s true that weddings are very much a “girls” sport, most guys mentally check out early on in the process (sometimes that includes the groom!), leaving the minutiae to the women who seem to care about details of colour choices and gifts and other things with symbolic importance to the couple. This is a generalization, of course, but this is no “normal” wedding.

For those of you familiar with British monarchical history (or watch The Crown on Netflix), you’ll know that a royal prince, 6th in line to become king (yes, there is a queue), marrying an American, divorced, actress, 3 yrs his senior, who also checks “Other” on the American race box is quite the event. Or it would have been a couple of decades ago. Scandalous,even!

But today, no-one seems to be bothered by that, focusing instead on the details of the wedding itself. How very refreshing. Astonishing, even.

And for many, even the wedding details aren’t that interesting, particularly during a week when Ebola made a comeback in Africa, the drama between President Trump and North Korean leader, Kim Jong-Un, continues, and shooters continue to run into schools where innocent children spend their days.

I must admit, that the Harry/Meghan wedding has become a little too TMI (too much information) for my taste. Every week has brought a new story, not necessarily edifying, about her race/ethnicity, her family dysfunction (don’t we all have some level of dysfunction in our family?), the ghost of Diana in the background and so on and so forth…

The wedding will be beautiful I’m sure. Elegant, expensive, spectacular, even. I pray that God’s invited to the marriage, as well as to the wedding, and that they really do live happily ever after. And although I”m unlikely to watch it live (not at 4 a.m. Tallahassee time, sorry Meghan!), I’ll most certainly turn on the TV to catch the main bits and see The Dress, because I’m a girl, after all. But I won’t mention it to Thom, he’s a guy, and he checked out early – actually, I’m not sure he ever checked in. Maybe I’ll mention that a couple called Harry and Meghan got married in London today, and he may ask me if they’re old friends of mine, secretly wondering if he was supposed to remember meeting them at our wedding…

What will you be doing at 4 a.m. tomorrow morning?