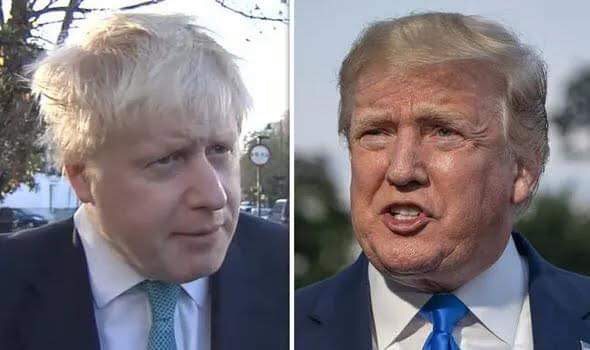 While President Trump has been in Britain for the last couple days, he’s been meeting with various politicians each hoping to do something about the debacle, commonly known as Brexit, Britain’s ongoing exit strategy from the economic bloc of Europe. As Prime Minister, Theresa May, steps down there will be a bit of a kafuffle as a new leader is found. Our US President seems to have a lot to say about each of the candidates hoping to become the next Prime Minister. Not sure why that is, just baffled that he didn’t ask my opinion about wether he should share his opinions.

Boris Johnson, the former Mayor of London, appears to be a favorite of our President. Not sure why that is either, I have found Johnson to be a bit of a baffoon, but unless you followed London politics in recent years, you might not even know who he is. But when Shane recently sent me this photograph, I suddenly realized why they might like each other so much…. What do you think?