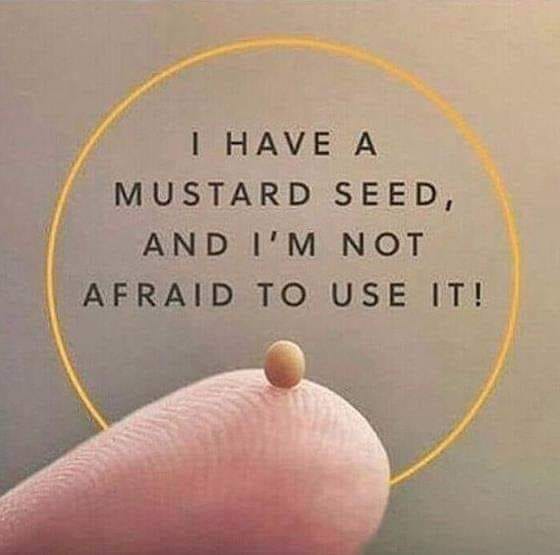 Billy Joel sang about keeping the faith and George Michael sang about just having faith but it occurs to me that neither one of them must have known very much about faith. (Sorry Billy and George!)

After all, one had faith in his music, the other had faith in himself. I’m sure the songs sold a lot of records (after all I’m familiar with the lyrics, so obviously I must have purchased those records at some point in my teenage life.)

How does that kind of faith change anything?

I have faith in myself, you can’t have a “can-do” attitude without it, and who wants to hang around a negative Nelly who thinks she can’t do anything and will give you every reason that you can’t either.

But you know the problem with mere faith in myself? I fail. Regularly. And when I fail, I lose faith in myself. Quickly. And eventually, I pick myself up and dust myself off and try again, with a lesson learned, hopefully.

Which is why it’s not wise to have the object of my faith be little old me. Because Me, Myself and I – we’re just not reliable. We’re fickle. Human. Flawed. Prone to mess up, sometimes on a grand scale.

Faith has to have an object. Blind faith is no faith at all. Being certain of what we do not see doesn’t make one blind, it simply means the object of our faith is invisible to the unspiritual eye.

So what is your faith in? Your music? Your bad self? Your money?

I have faith, faith bigger than a mustard seed, (most days). Faith in a vast, magnificent, Creator God that never fails, even when I think He has. He hasn’t – I just have a pea sized brain that doesn’t understand why some things happen.

That kind of faith does change things. Everything, in fact. Sometimes it’s as simple as changing my attitude for the way I accept something I can’t change. Sometimes, it buoys me to keep on working at something I’m ready to quit on.

I’m grateful that I’ve chosen to keep my faith – in an unwavering, fixed object that won’t rust and decay or get wiped out in the next recession, isn’t fickle, likely to make a mistake or leave me alone to just figure it out (with my pea sized brain!). Because it’s with hindsight, I’m able to look back and see how that faith has been rewarded.

I’ve never told Mount Everest to move, (although there is a certain mountain in the Highlands of Scotland that I’d like to give a piece of my mind!) My question for you is, what is it that you need to move? Your anger? Your bitterness? Your fear? Maybe it’s time to refocus on what, or whom, your faith rests. Because keeping the faith in yourself or your music, …well that’s just not going to change anything.