Of course 70 years on the throne is something to celebrate! 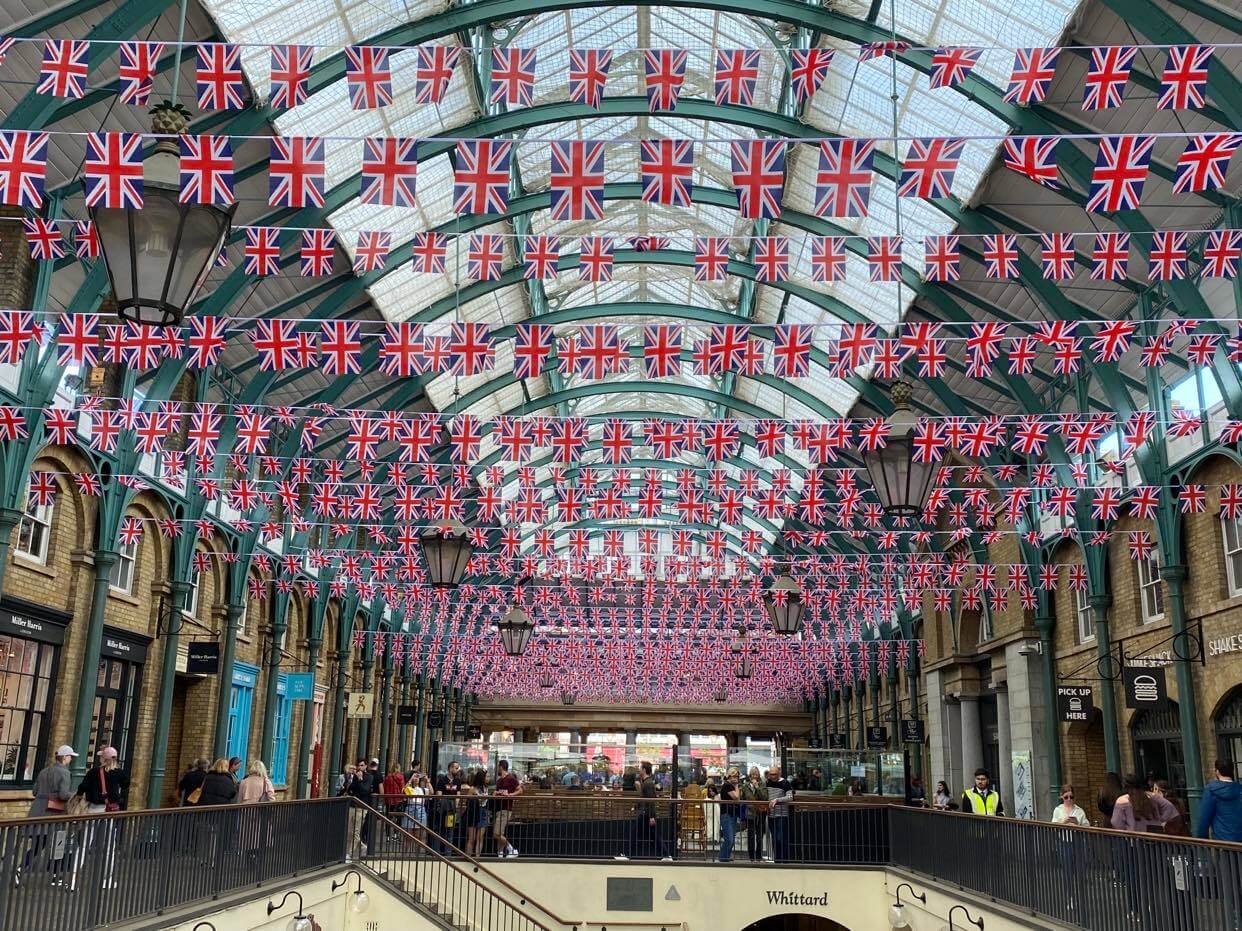 Wouldn’t it be marvelous to be in England today, as the celebrations for the Queen’s Platinum Jubilee get into full swing? All over England, the bunting flies high (I heard the shops had actually run out) and there are streets cordoned off for street parties. Most places are closed for an extra long weekend. I even believe the weather is going to cooperate and the rain hold off for a few days! Well, who would have thunk it? LOL

I was a teenager when the Silver Jubilee celebrations were happening. There were street parties (kind of like a block party here in the USA), and fireworks and lots of patriotic music and parades and so on. Now that I’m older (just a bit!), the public celebrations are lovely, but of much more significant is the fact that a monarch has managed to reign for 70 years. There’s been no military coup, no assassination, no major scandal (yes, we’re all aware of the scandals of the children), and no major health emergencies. I’m not a huge fan of the monarchy in general, but Queen Elizabeth has earned the personal respect of so many, including myself.

She was anointed and made a vow to God in 1952 to serve her country, her people and uphold the law of the land. And she’s pretty much done that. Can’t say it’s been easy. In 70 years, all the elected Prime Ministers she’s worked with, World War Two, the Falklands and other battles, the foibles of her offspring (first Charles and Diana, and now Harry and Meghan), there’s been an awful lot of trials to navigate. But she’s still on the throne (thank you taxpayers), and most Brits tip our hat to her personal integrity and commitment to keep her vows.

Many people outside of Britain don’t understand why Brits are so enamoured with this 90-something, little old lady in the bright coats and funny hats. I guess it must be a British thing. (I think here in the USA, the phrase is “it’s a cultural thing”). Even for those of us who don’t necessarily agree with the monarchy as an institution in general, one family living in luxury while there are regular people sleeping in cardboard boxes under London Bridge, we still like and respect Queen Elizabeth.

Should she “do something” about those homeless people. Of course, she should. But most Brits recognize that it’s a lot more complicated than that. Most things are. Just trying to explain the difference between the House of Commons and the House of Lords to a non-Brit can get a bit complicated. And for heavens sake, don’t ask about the rules of cricket. No, it’s nothing like baseball…

This week, it’s time for celebration. Because there is a season for everything, a time to laugh, a time to cry, a time to mourn – and now it’s time to celebrate, baby! I’m going to be tuned into all the festivities (did I mention I really wish I were there?!) in the coming days. Despite Covid resurgence, or is it MonkeyPox. Despite inflation and high prices for petrol. Despite the ongoing war in Ukraine, and the Afghan refugees that everyone has forgotten about. It’s time to celebrate, just for a few days. And then we can get back to the reality of the world.

Congratulations, Queenie Poo, you’ve done well for the last 70 years on the job.