Big Ben will be silent next year 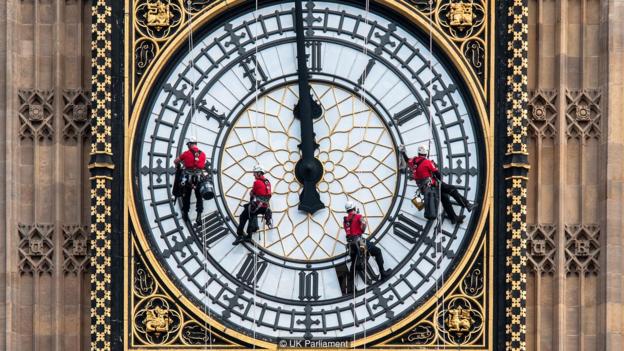 So much happening in Britain right now, I must admit I’ve been rather glued to the international news. The British pound hit a new low of $1.29 today. Before the Brexit referendum it was around $1.53 where it’d been for a few months. I know this because despite all my years in Florida, I have always kept an eye on the Dollar-British Pound exchange rate, don’t ask me why. It may be the lot of every immigrant. My French mother-in-law always had a rough idea of the exchange rate for the French Franc (and then the Euro), and it seems like every immigrant I know has a rough idea of their country’s rate.

But I digress…so if you’re planning on going to London next year, (and you might be, so many of my guests let me plan their trip for them over a cup of coffee in the breakfast room), be forewarned that our iconic clock will be covered with scaffolding for several months in 2017. Poor dear is 157 years old and in need of some work. After all he’s been standing there through 2 world wars and lots of London smog…I’d say a little tune up is long over due. But I don’t want you complaining to me when you return to the US that your selfies, photo ops and videos of the noon chime were ruined by the fact that you didn’t know Big Ben was undergoing some maintenance. You’ve been warned….