Harry and Meghan- most influential people in the world? 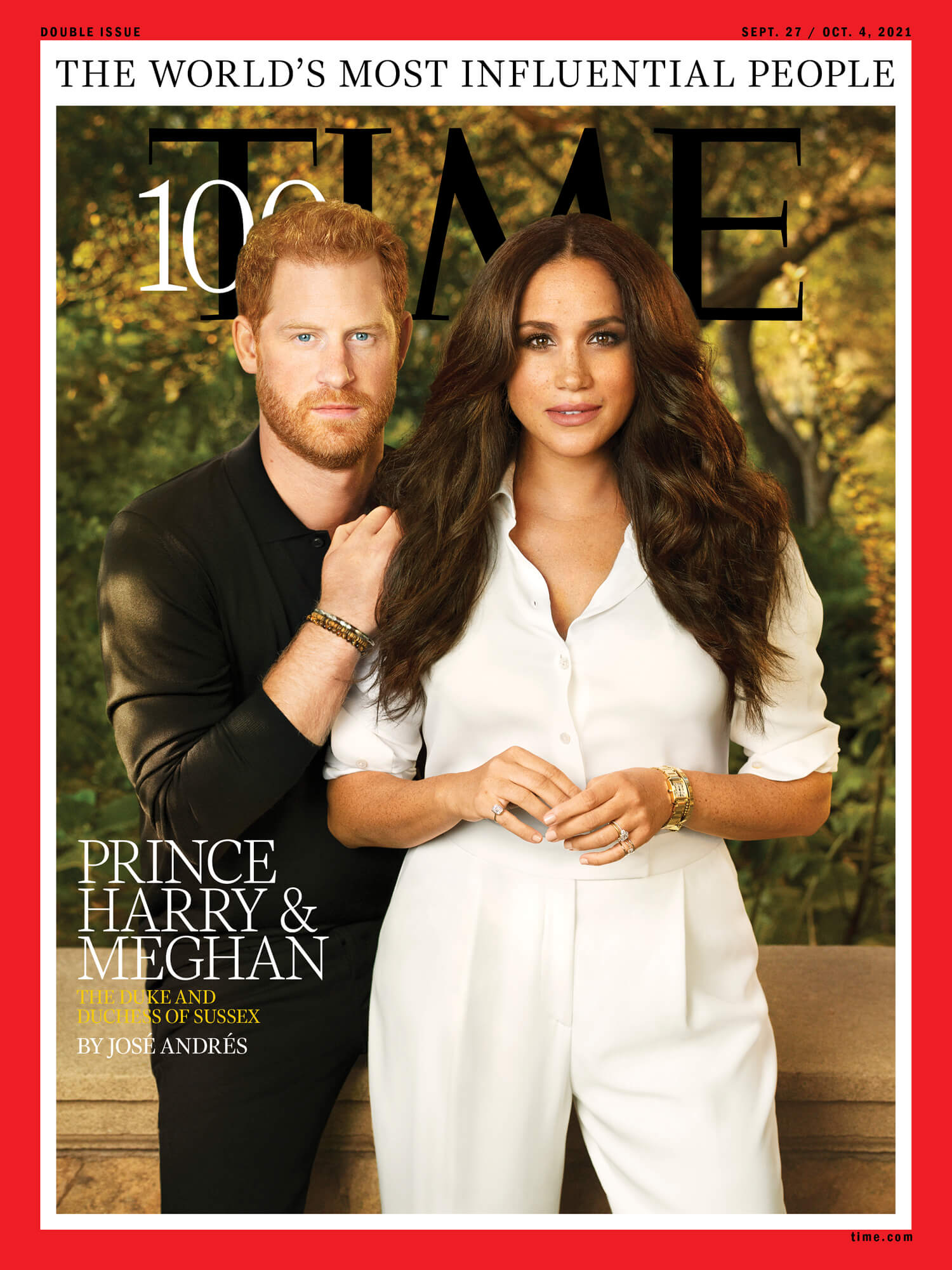 Harry and Meghan or Meghan and Harry – they’ve done it again. Had a photo of themselves published, this time on the front page of Time Magazine and everyone’s talking about them again.

Some who abhor this couple say the photo is ludicrous, that a Prince and heir to the throne (albeit a long way down the list) should sit behind a standing woman. What! Preposterous!

Others say that they they are a thoroughly modern couple, and deserve their place on the 100 Most Influential People in the world (according to Time). I can’t honestly say they have that much influence on me, or anyone I know – but then again here I am writing about them and looking at their photo, so perhaps they do have influence on me. (I could be posting photos of cuddly puppies instead).

So what do you think? It’s an interesting photo to be sure – including the fact that it’s not a candid shot, they actually posed for this photoshoot. Meghan, in suffragette white, with a flowing mane of hair while Harry appears to be leaning on her, while half seated. His eyes do seem to have a piercing blue quality that I hadn’t noticed before, the magic of photography, I’m sure. Maybe the mane of hair is too, who knows.

I’m not an avid reader of Time, so I don’t recall who they’ve chosen in the past to be on their 100 Most Influential People. I know they’ve never chosen me, imagine that!

Do you think they need to be on the list? On the front cover of Time? On the front cover of any publication at all? Harry and Meghan do have a certain “can’t-look-away” phenomenon. There’s silence on that front for months on end, then all of a sudden KABOOM! They’re baaaack and everyone is talking about them again.

As a Brit, it’s my job to keep up with all things Royal. Can’t help it. Even when I claim not to care, I can’t look away.

Thom decided early on he didn’t like Meghan, and he refused to rise at the crack of dawn with me to watch their wedding. I thought she was a breathe of fresh air for the antiquated Royal family and was quite happy to see her upset that particular apple cart.

But now… I might be moving over to the Thom side (don’t tell him I said that). I’m beginning to wonder if he was right about his forecasts, right to be disturbed each time she interrupted him because her opinion was more important. Right that they got married too fast, even though they were not youngsters. Could my half-American husband have been right that Hollywood actresses are just “trouble” for the British Royal family. (In case you never heard, King Edward and American Mrs. Simpson left Britain too.)

This photo speaks a thousand words – I’m not sure I like the words I’m hearing…. So in whose world are they the most influential?  Yours?

What do you think?